Menu
No products in the cart.
£0.00 Cart
PRICES

Androgenetic alopecia, also known as pattern hair loss, causes hair follicles to shrink over time due to genetic and hormonal factors. It may also be caused by hair follicles that are sensitive to dihydrotestosterone (DHT), which will grow thinner and shorter over time. Stress, poor nutrition, and medications can also contribute.

What is Androgenetic Alopecia?

Androgenetic Alopecia affects predisposed men and women. It is characterized by nonscarring progressive miniaturization of the hair follicle. This is accompanied by shortening of the anagen phase, leading to a gradual conversion of terminal hairs into vellus hairs with a pattern distribution. The etiology of Androgenetic Alopecia is multifactorial and polygenetic.

Male androgenetic alopecia, also known as male pattern hair loss (MPHL), is clearly an androgen-dependent condition. Although the mode of inheritance is uncertain, a genetic predisposition is observed.

In female androgenetic alopecia, also known as female pattern hair loss (FPHL), the role of androgens is still uncertain. It is more frequent in Caucasians than in Asians and Africans, and the prevalence increases with age.

Male pattern alopecia typically affects 50% of men, though up to 80% of men will experience some form of androgenetic alopecia by the time they turn 80. Some men choose to go bald gracefully, while others “get it over with” by shaving their head.

What type of pattern hair loss do you have?

Available online, the Norwood Scale allows women/men to determine what type of pattern hair loss they have. The scale characterizes the hairline receding, as well as bald spots appearing at the crown and temple.

Starting at one, which is a full head of hair, the scale goes all the way up to seven, or significant hair loss. Typically, if hair loss is between three and six, there is enough for a hair transplant procedure, but even if you fall under seven. That said, you may still have enough hair for male pattern alopecia treatment, though fully restored hair may remain out of reach.

Some of the other forms of alopecia that can lead to female/male-pattern baldness include:

If your hair loss is being caused by a poor diet, visit a nutritionist, and find out what steps you can take to improve it.

What are the types of Alopecia?

While female/male pattern baldness is irreversible, it can be treated through various surgical treatments such as hair transplants. During these transplants, several hair grafts are extracted from a donor area of the body that’s heavily populated with hair. Then they are  relocated to the scalp.

Androgenetic Alopecia is one of the most common causes of hair consultation, affecting quality of life and self-esteem of patients. Frequently, their expectations about therapy results are higher than reality. For this reason, it is important to clarify during the first consultation that the main treatment goal is to stop progression and prevent further thinning. Improvement and regrowth cannot always be achieved.

How long does it usually take for female/male pattern hair loss to take full effect?

There’s no definitive timeline for female/male pattern baldness to take full effect. Signs of hair loss in men typically begin manifesting themselves during the patient’s teenaged years. And then gradually continue worsening over time if left untreated. The speed with which people start to lose their hair depends on a series of individual factors. These include genetic or hereditary predisposition, certain lifestyle choices, as well as the type of diet they follow.

Women/Men who have a family history of losing their hair by a certain age, are typically more likely to start losing their own hair around the same age as their ancestors. Bad habits such as smoking or drinking too much exacerbate the rate at which hair loss occurs. A poor diet that lacks proper and necessary nutrition can also have an adverse effect on hair growth and regeneration.

Does diabetes cause hair loss in woman/men?

Diabetes can have a similar effect on your hair growth cycle as smoking. The difference is that rather than introducing an influx of harmful chemicals and toxins into your bloodstream, diabetes leads to a build-up of high sugar levels. These high sugar levels are caused by either a lack of or insufficient supply of insulin in your system. In some cases, even if your body does produce enough insulin, it simply doesn’t adequately metabolize and distribute the sugar levels as it’s supposed to do. This build-up of sugars, prevents your blood from delivering the proper number of proteins and nutrients to various parts of your body, including your hair follicles. This can cause hair loss all over your body, not just on the scalp.

Does stress cause hair loss?

Yes, stress can cause either partial or total hair loss in both women and men. There are three different conditions that are connected to hair loss and stress. These include trichotillomania (the compulsion to pull one’s own hair out), telogen effluvium (high stress levels can propel hair follicles into premature and prolonged resting phase), and alopecia areata (severe stress levels can instigate symptoms of autoimmune disorders, hair loss being one of them).

There are several treatments for hair loss. Microneedling are among the most effective ones.

Microneedling is a medically engineered skin needling device that uses disposable surgical grade micro-needles that vertically pierce the skin and create multiple micro-injuries. This will encourage and harness your own body’s innate ability to repair itself. It facilitates the absorption of applied topical substances.

If you’re suffering from female/male pattern alopecia due to factors beyond your control, Skinglow Clinic Specialists offers several options for treating androgenetic alopecia. We provide our patients with female/male pattern hair loss treatment that can treat many conditions including dry and itchy scalp. And if surgery isn’t for you, we offer non-surgical hair treatments. Contact Skinglow Clinic for more information! 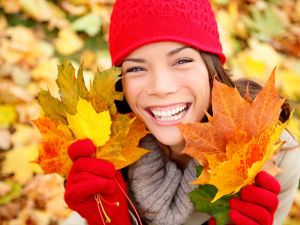 Fall and winter are often two of the more challenging seasons for those with dry and sensitive skin, thanks to colder, drier weather. But you 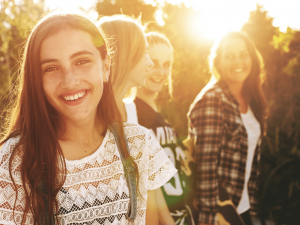 Acne is a very common skin condition amongst teenagers. Acne skin is a broad term to describe clogged pores. Your pore can get clogged from 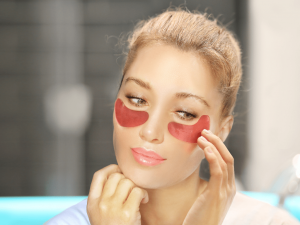 Dark circles and how to get rid of them is a concern that a lot of people share. In this article we cover topics such as